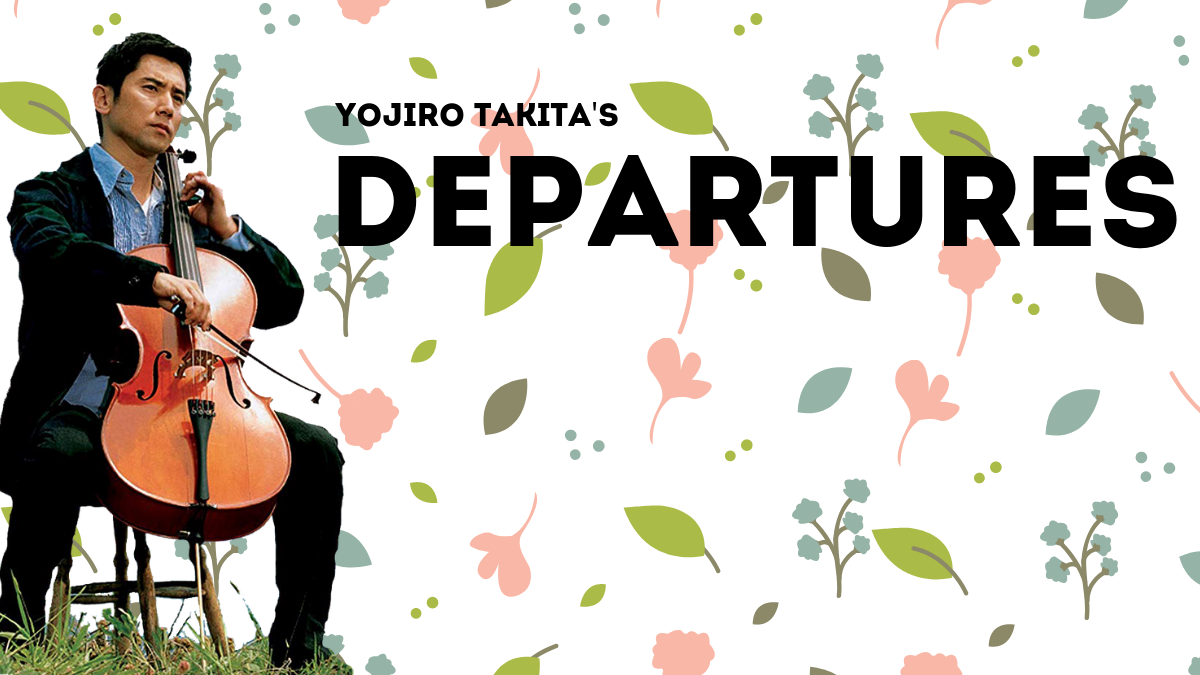 Is it just me or does it seem like there are a lot of great Japanese films that are about death or strongly feature death? We promise, we are not trying to be morbid!

Yōjirō Takita’s 2008 film, Departures, won award after award in Japan, as well as taking home the Oscar for Best Foreign Language Film. If you have not seen this yet, it is a recent addition to the great works of Japanese cinema. Let’s see if you agree!

The plot revolves around an out-of-work cellist named Daigo, who–unlikely as it may sound–finds work preparing bodies for cremation. Although this type of work serves an important function in society, it is also not accepted by many and Daigo is ostracized his friends, family, and strangers.